CNY RISE Center held its 14th Annual Friendship Dinner on Thursday, November 7, 2019. The special topic for this year was “Early Childcare-Invisible Crisis“. The event was co-organized by CNY Rise Center and Childcare Solutions. Onondaga County Executive McMahon was the special guest for the night.

The event started with welcome speech by Tim Saka, Board President of CNY RISE Center. Mr. Saka emphasized the importance of early childcare and it increasing cost to families. Following the presentation on the topic, the dinner was served. It was an opportunity for guests share ideas and get to know each other.

All the guests received a gift bag prepared by the volunteers at the end of the night.

Friendship Dinner 2018: The Impact of Poverty on Education 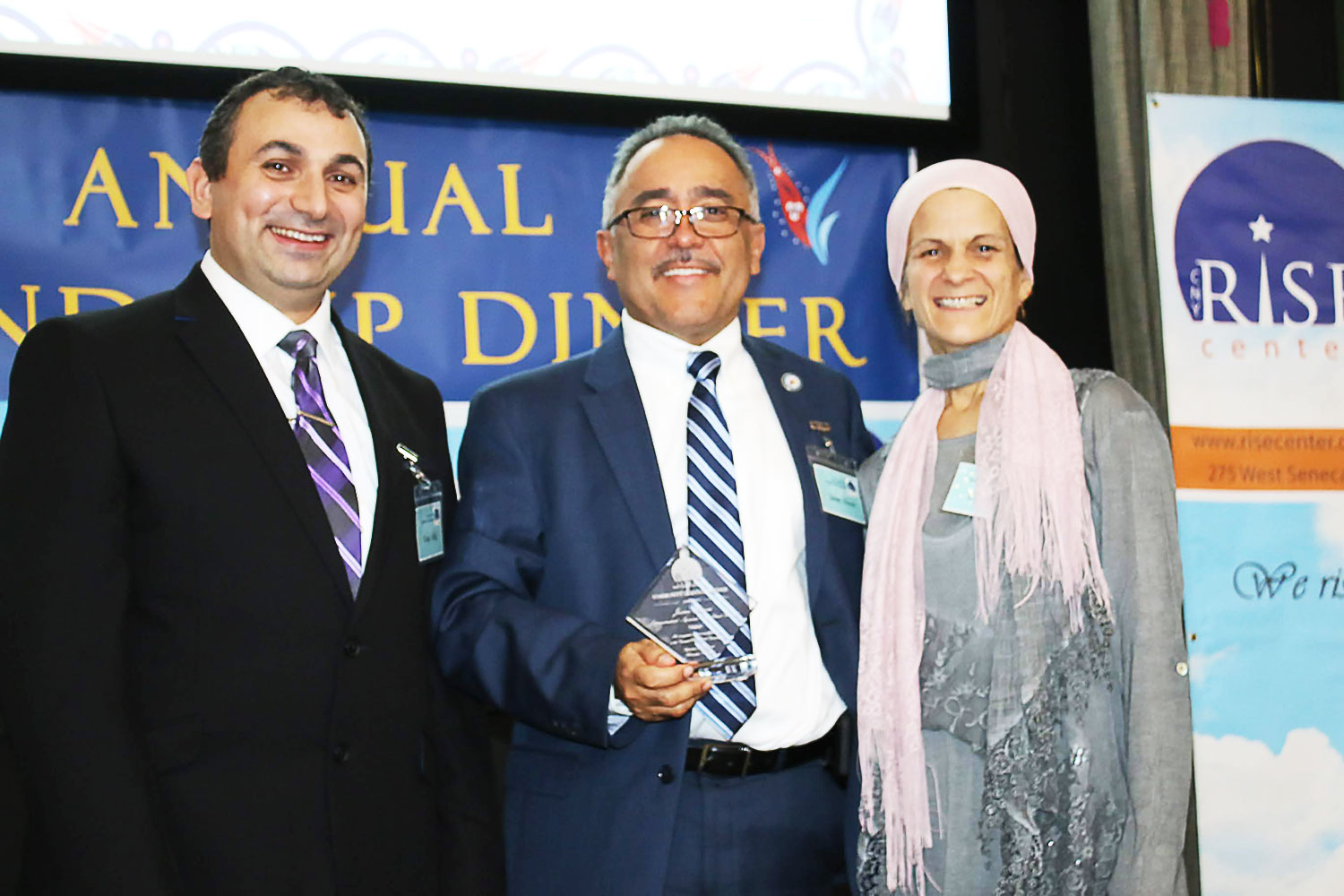 CNY RISE Center held its 13th Annual Friendship Dinner on November 7, 2018. The topic of the event was “The Impact of Poverty on Education” presented by Superintendent Jaime Alicea from Syracuse School District (SCSD). Superintendent Alicea described the challenges in the classroom that come with the poverty. He also highlighted the current services provided for the low-income families within the district and encouraged everyone to join those initiatives.

The event started with welcome speech by Tim Saka, Board President of CNY RISE Center. Mr. Saka emphasized the role of education to overcome the poverty and he also mention about his own challenges of growing in a low-income family and pursuing higher education as an immigrant in the US. Following the welcome speech, the dinner is served, an opportunity for guests sharing the table to share ideas and know about each other.

The program launched its award winners after the keynote speech by Superintendent Alicea. The winners were Daniel Lounsbery from SCSD, Magistrate Jawwaad Rasheed and Darris William from 100 Black Men, Mariel Anderson from Onondaga Community College, Mark Cass from Northside Learning Center, all of whom were recognized by their valuable effort in helping the students facing poverty in Syracuse area. 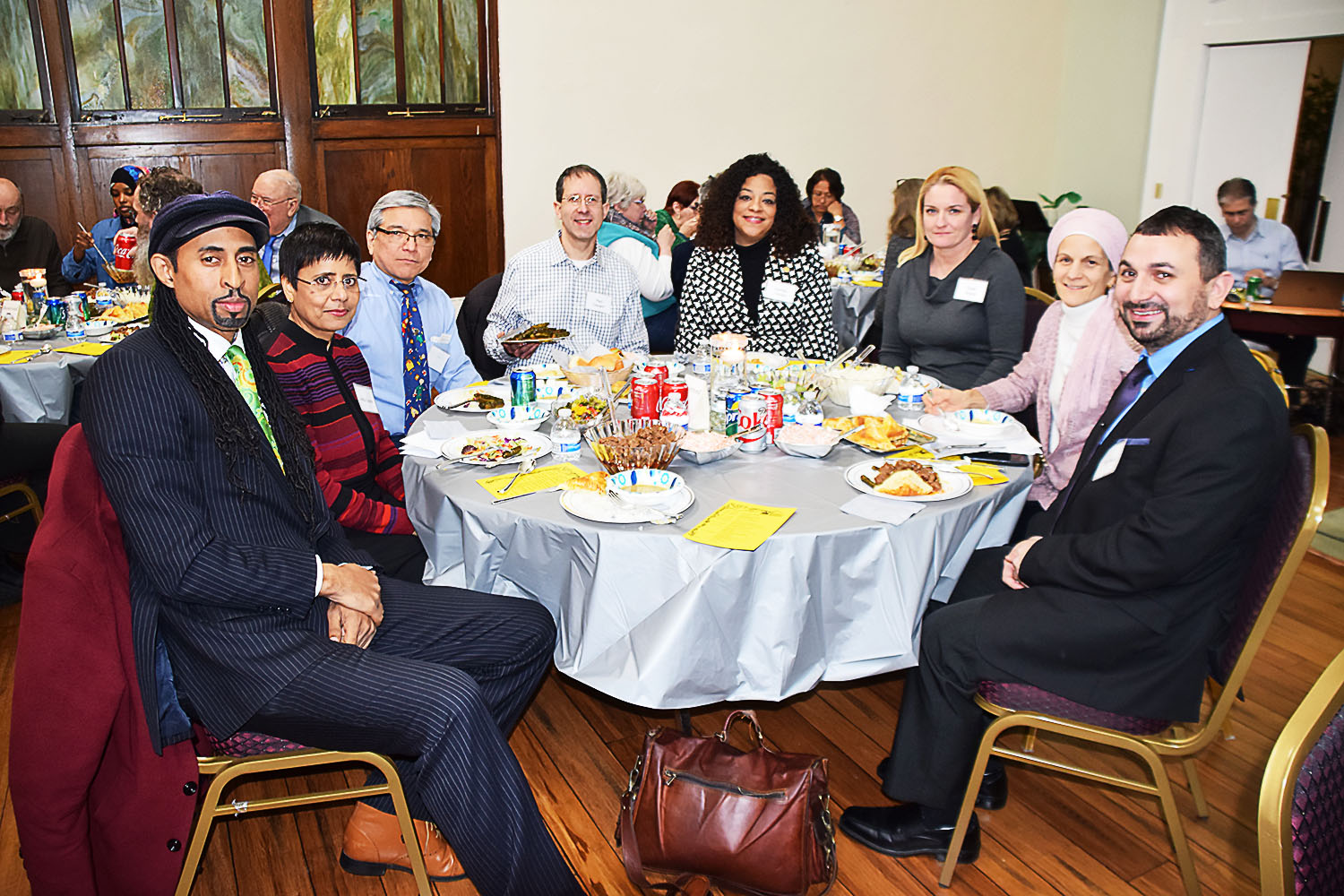 The 12th annual CNY RISE Friendship dinner took place Jan. 24 to bring awareness to lead poisoning. The dinner hosted a number of speakers who spoke about the negative impacts of lead poisoning and how the community can come together to fix the issue. The South Side is working hard to end childhood lead poisoning in Syracuse by 2025.

“This is a poverty issue,” said Assemblywoman Pamela Hunter (D-Syracuse). “This is landlords who are not taking care of their properties and people who can’t afford to live in places that don’t have lead paint. … It’s not acceptable. Our children are our future, and we need to act like it.”

Around 24 million homes in the U.S. contain deteriorated lead-based paint and elevated levels of lead-contaminated house dust, according to the Centers for Disease Control. Additionally, 535,000 U.S. children between ages 1 to 5 years old have blood lead levels high enough to damage their health.

Keynote Speaker Mustafa Santiago Ali shared his thoughts on these issues during the dinner. He serves as the senior vice president of Climate, Environmental Justice & Community Revitalization for the Hip Hop Caucus.

“We all have the ability to make change happen,” Ali said. “Lead is an issue that we can win on, but we have to prioritize it.”

Ali spoke about changing the dynamic and focusing on the right type of housing opportunities. He believes the Environmental Protection Agency plays a huge role in this rising problem.

“The EPA has a responsibility to make sure that we are moving forward on lead,” he said.

Speaker Mary Traynor from Legal Services of Central New York said she believes the people affected need to be more involved in the process. The community needs to recognize that the ones affected are the ones who are the experts in the matter.

“Six hundred kids a year are poisoned,” she stated. “This is violence against our children, against our families, against our neighbors… If we want change in the world, we have to change.”

Similarly, speaker Dr. Indu Gupta, health commissioner for Onondaga County, said she believed that those affected need to have a bigger role in the course of action. She talked about how community engagement needs to be the driving force in moving forward.

Additionally, there needs to be more performance evaluations and environmental scans to keep up with the progress, according to Gupta. Without it we cannot fix the issue. She believes that filling the missing pieces and gaps is what is going to help improve and protect the health of those kids.

Speaker Elizabeth McDade from the Rochester Community Foundation also made a guest appearance. She explained how Rochester was able to reduce the amount of lead poisoning to the area and make a positive difference.

“Rochester has seen over an 80 percent reduction in the number of children reported,” she stated. “But most important, I would say to all of this, is that our community decided to make this change.”